We partnered with the amazing team at Doughnut Time, the premium London doughnut company.

For the 2019 Christmas season, the team combined a festive dessert favourite with their classic Doughnut to create a Vegan Mince Pie Doughnut hybrid!

Embracing Christmas season and the puns that accompany, the Mince Pie Doughnut was named “Good Pie-Dings” and featured the famed Doughnut Time dough-ball dusted in a cinnamon sugar-coat and piped with a secret-recipe vegan Mince Pie filling.

10% of the sales from the Vegan Mince Pie Doughnut were donated to Make Some Noise, check back soon to see how much we raised. 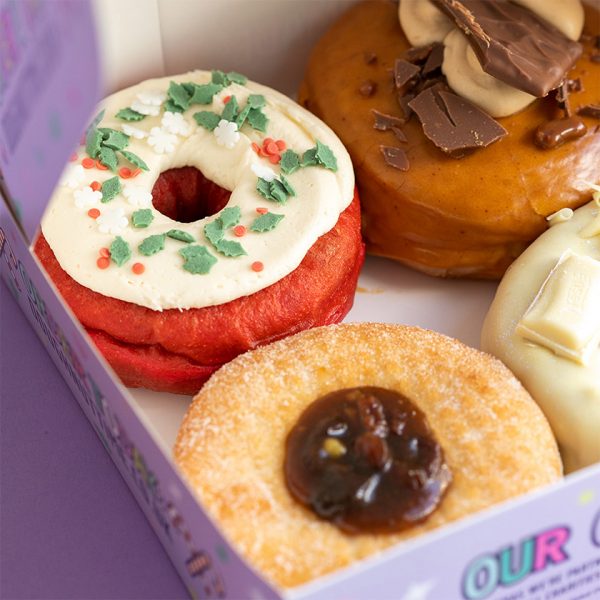